Cats and dogs who have found homes through our HFA program! 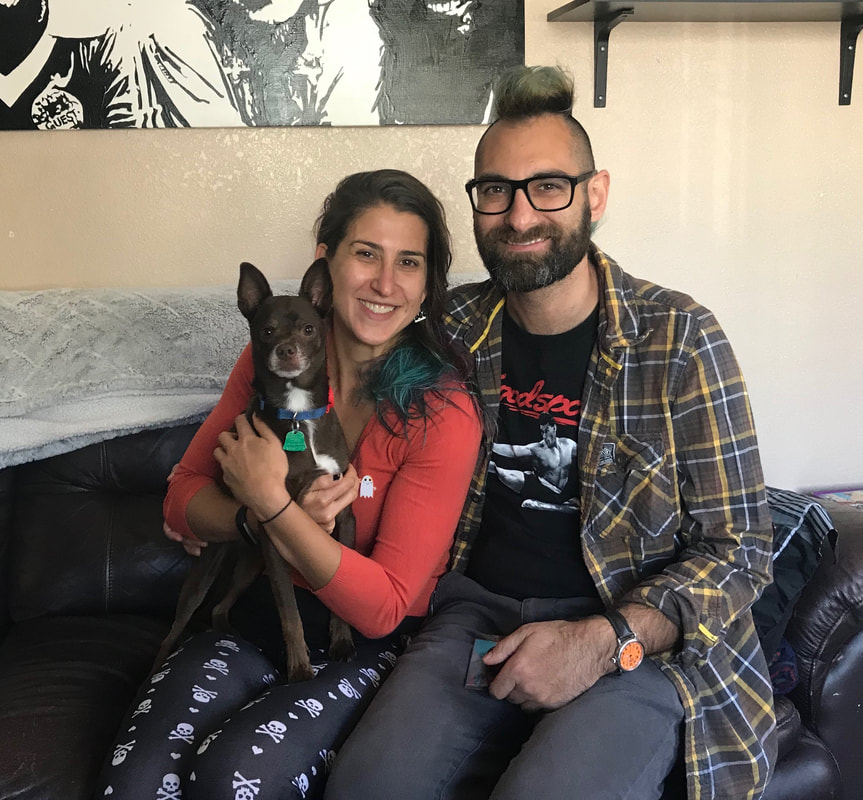 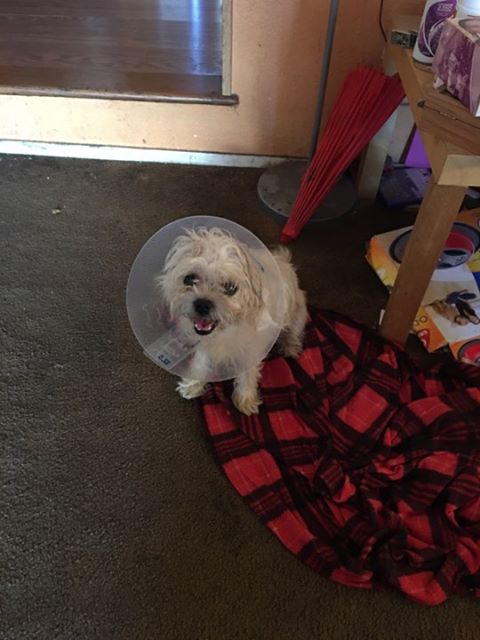 Here is her story:
​Tutu is a 4 year old Brussels griffon mix that was rescued from south Los Angeles shelter she was surrendered by her previously family. She was given to them by a friend as a gift but they knowingly knew they were not allowed to own pets and the landlord found out and told them to get rid of her. Tutu shut down at the shelter and was so scared when we met her. Once we brought her home she began to open up and we could tell she was abused because she would cower if we tried to pet her. After a few months she began to calm down but was overlooked for some reason. Once we went to ​Eagle Rock Bark we found out that this family also in eagle rock were interested in her. They recently lost their dog and the husband wanted to surprise the family but his secret came out when his wife saw her ironically online and they both agreed to apply for her. They met her and were instantly in love. They actually got her the same day  of Eagle Rock Bark ​and it’s been heaven ever since. She even now has her own Instagram page. We are so happy for Tutu as she found her perfect family.​ 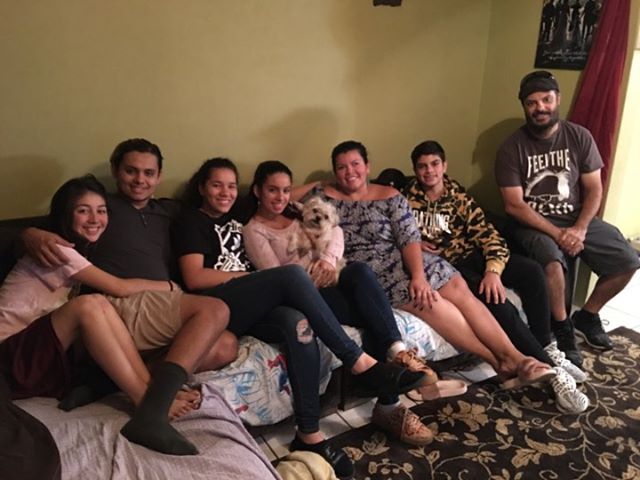 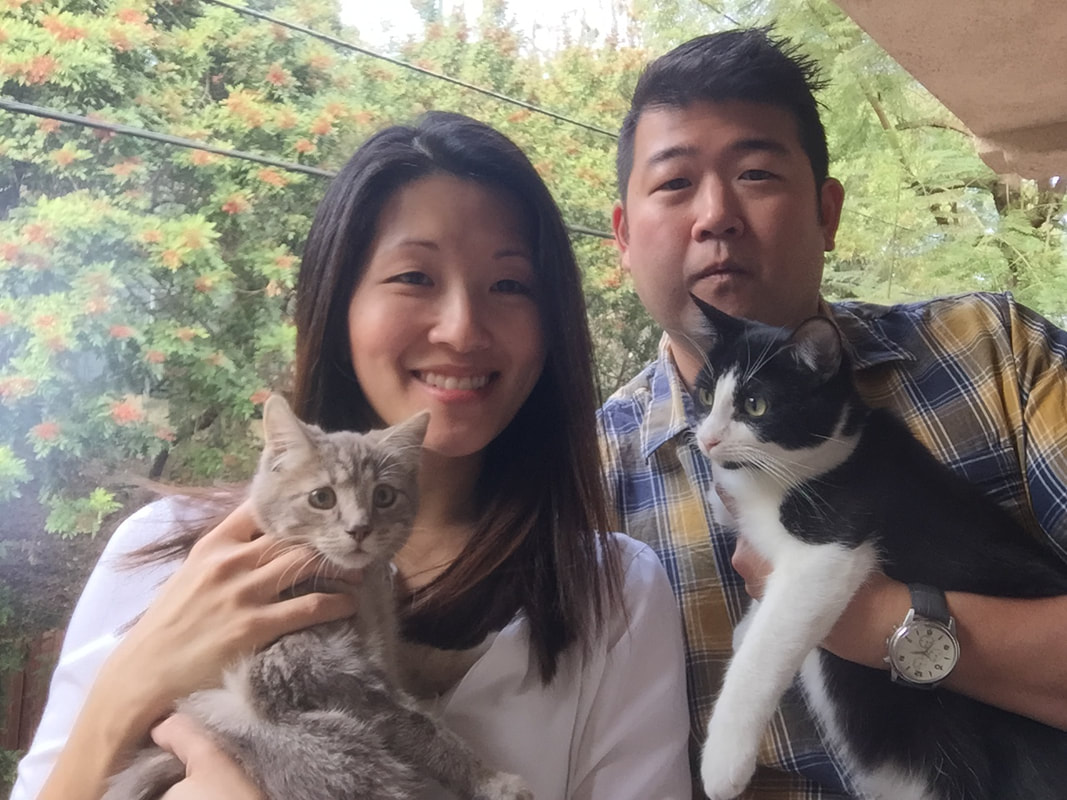 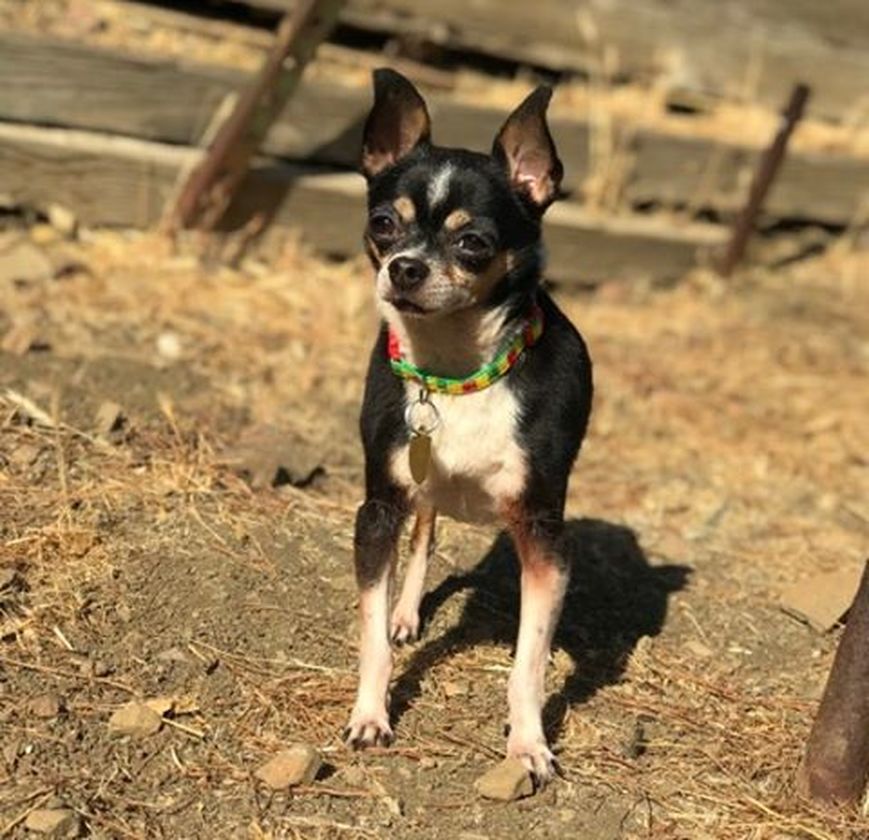 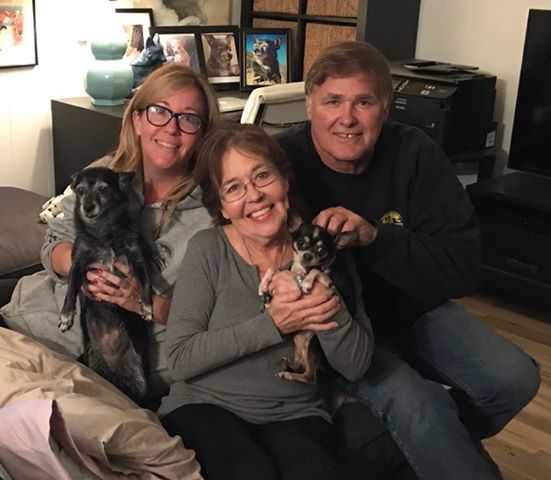 Here is his story:
Bailey was found as a stray weighing just over 3 lbs at 8 yrs old. He was dirty, with fly bitten ears, an upper respiratory infection, horrible teeth, and not neutered. He was taken to East Valley Animal Shelter where he waited and hoped that he would be claimed. When he became available not one person was there waiting for him.

When Bailey’s foster mom, Jennifer found out that this little tiny dog was sitting in the shelter sick she rushed to the shelter to get him. Bailey had an irregular heart beat so his neutered was deferred so he was able to go home right away. After seeing the vet it was found that he was so scared in the shelter his heart rate had slowed down.

After about a week in foster care it was back to normal and he could undergo surgery to get neutered and get the dental he so desperately needed. After some time it was also clear that Bailey had some urinary issues and after tests it was found that he had a serious bladder infection and early Kidney failure. Once he was treated and on the proper food he was no longer showing these signs and was quickly becoming much healthier. Bailey took some time to warm up but once he did he became a very loving and affectionate dog with both people and other dogs.
​
It was clear that Bailey would need a special home that would understand not only his tiny size but his medical needs. Adopt Me Rescue, knew that this could take some time and they were willing to wait.

Well, they got lucky! Three months to the day that they pulled Bailey he was placed in his furever home. Michelle O’Wing and her family came to meet Bailey at Eagle Rock Bark and we knew that they were the perfect fit!

Michelle and her family previously had multiple little Chihuahuas that they had taken in at older ages with multiple different medical conditions. They are used to prescription diets, daily medications, picky little dogs, and the needs of small chihuahuas (with housing accommodations already in place). Bailey, Michelle, and her daughter Tiffany connected right away. The house check and adoption were scheduled for the following weekend where Bailey got to meet Michelle’s husband Ron and their current dog Coco.

We could not have asked for a better home! Adopt Me Rescue has already received multiple pupdates including this one “Hi Jennifer! Wanted to let you know how good your little boy is doing. He’s very relaxed & curious. Still a little nervous about everything big & new, but overall I’m very impressed how he’s adjusting- you raised him well! He gets most excited to eat!!!”

THANK YOU ADOPT ME RESCUE!
We are so happy the Bailey is adjusting so well and is fitting in with his new family.
Luna
Status: Adopted!
Meet Luna who was adopted at our Eagle Rock Bark Halloween Block Party and Pet Adoption event! 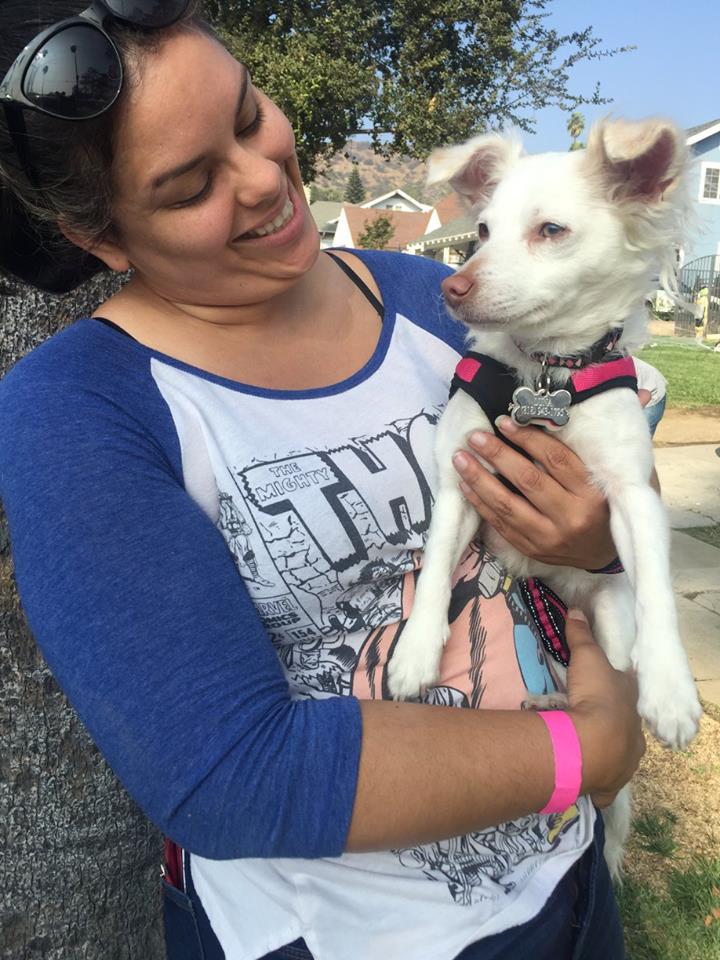 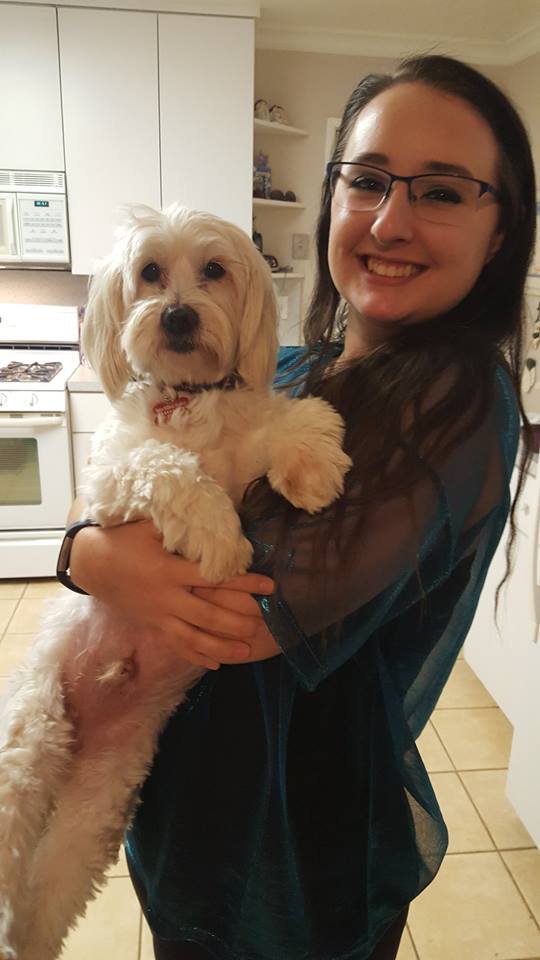 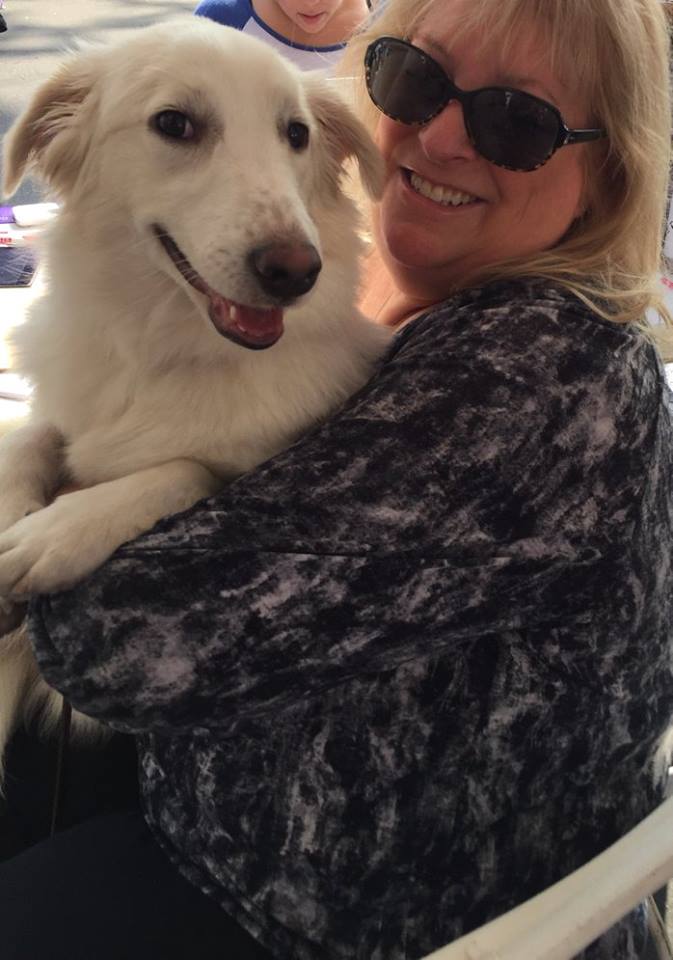 Mika & Gigi
Status: Adopted!
Meet Mika and Moo-Kittie who were adopted by Dan and Randa at our 2017 Superbowl Party Adoption event! 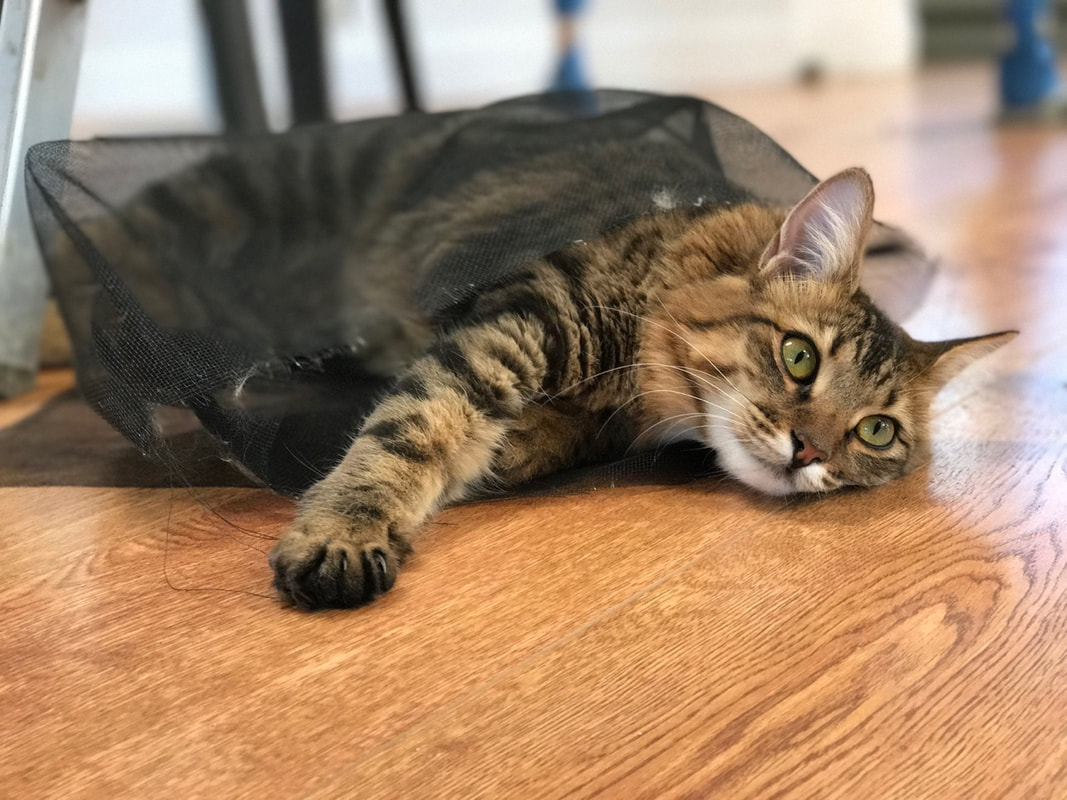 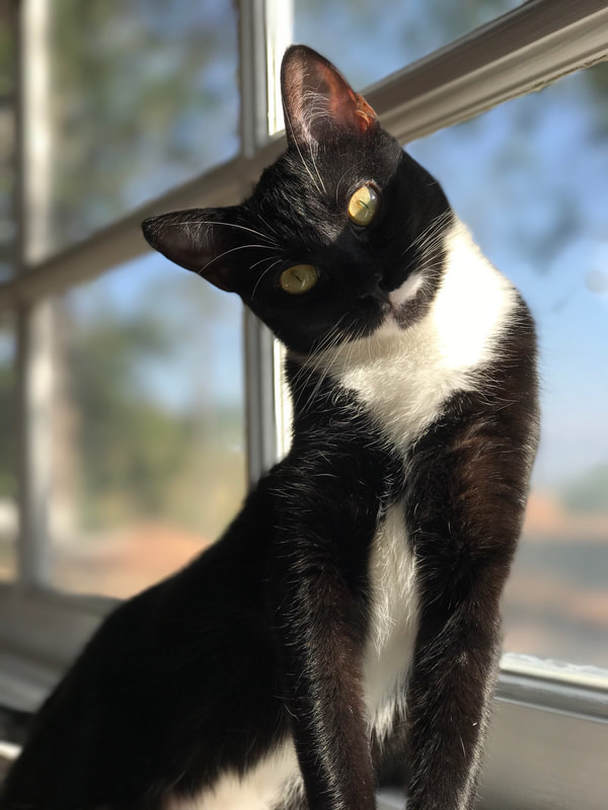 Abby
Status: Adopted!
Meet Abby who was adopted by Julie and Chip at our 2017 Superbowl Party Adoption event! 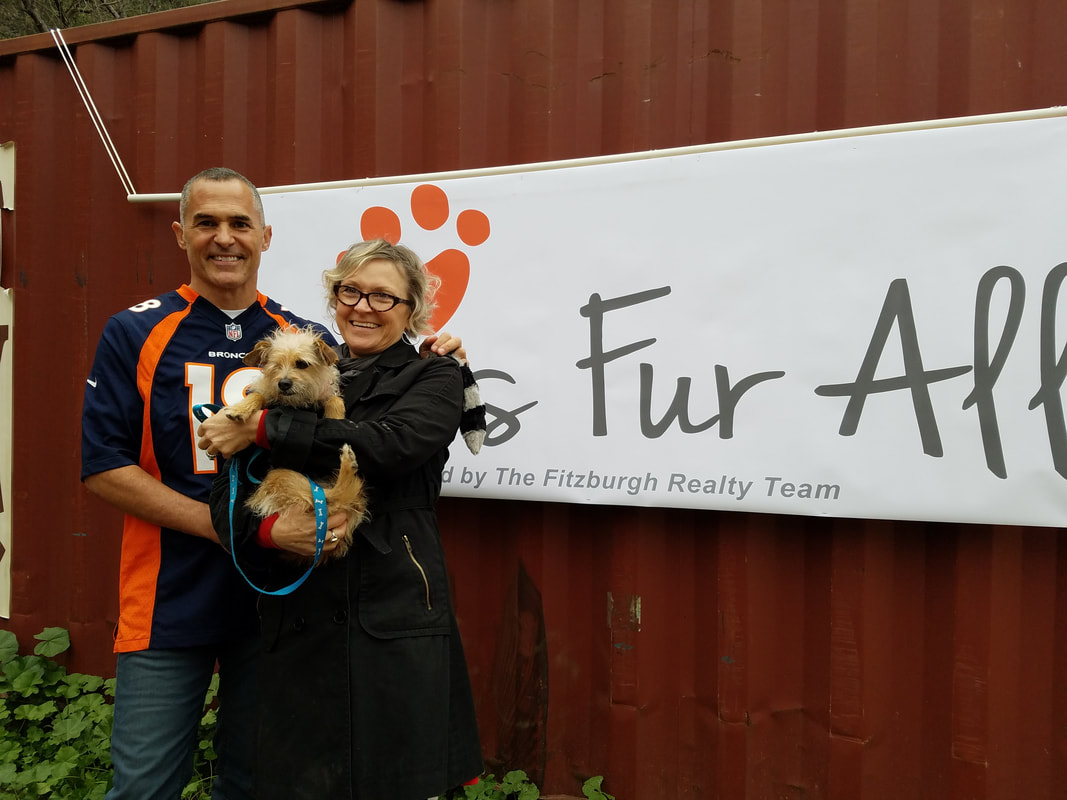 Misses Kisses
Status: Adopted!
Meet Misses Kisses who was adopted by The Fitzburgh Realty Team in 2016 and has become our team mascot! 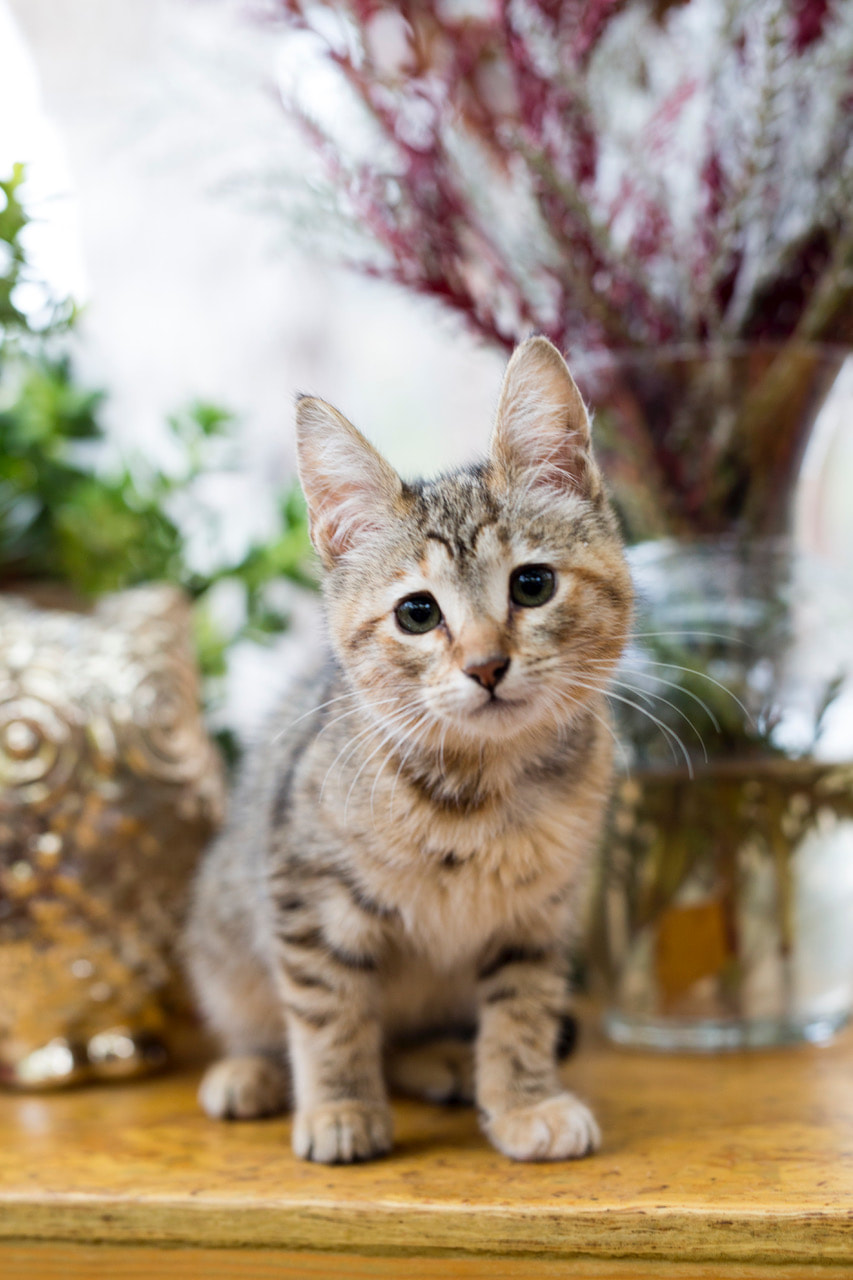 We are proud sponsors of Sir Thomas Trueheart
Read his inspiring story below! 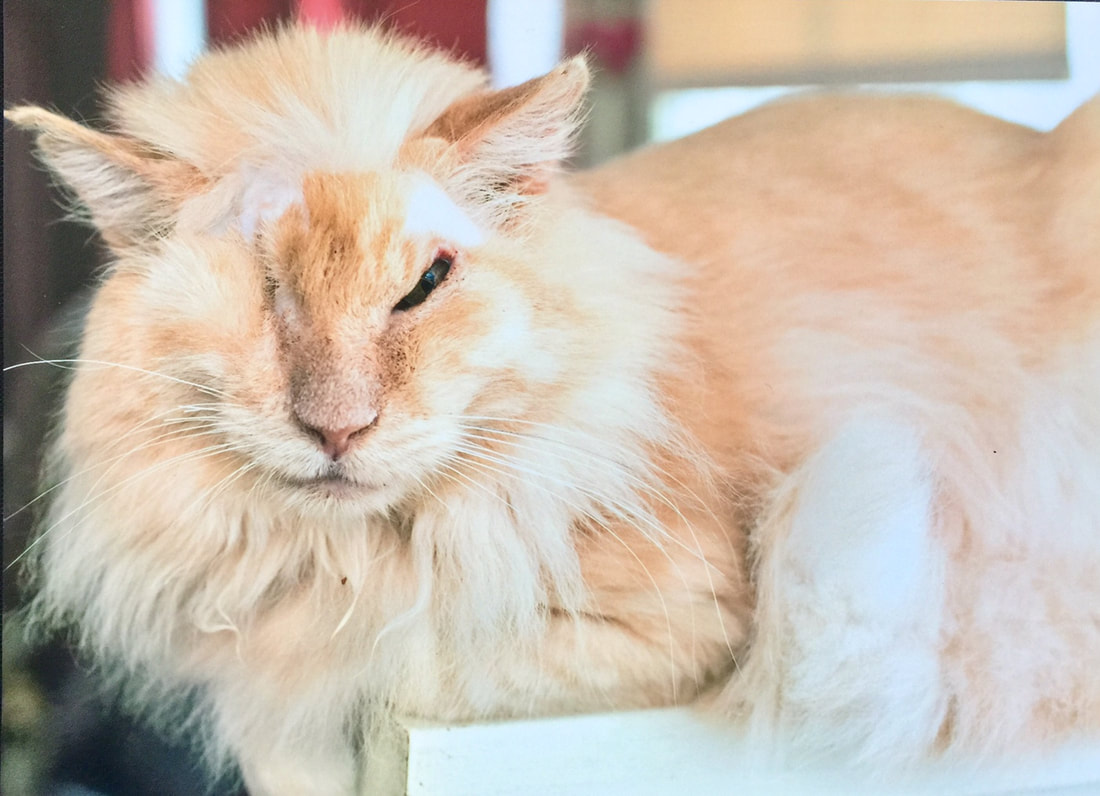 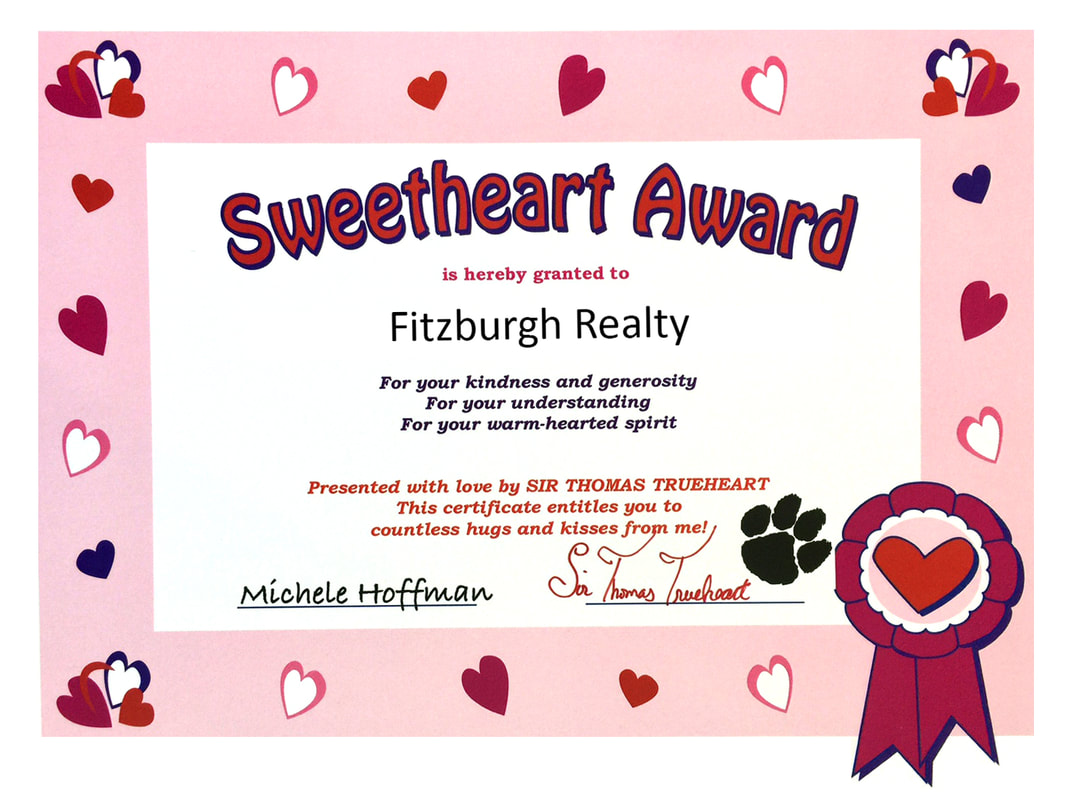 Sir Thomas Trueheart was living the life of an outside, unwanted cat in the high desert of Calidornia. Some kind people were feeding him, but he had no home to call his own. Tommy is a friendly boy and that friendliness almost cost him his life. A cruel human or humans deliberately poured caustic substance on Tommy's face, literally burning him and he lost his right eye.

He wondered for days in agony and found his way back to the people's house who were feeding him. They immediately took him to a vet who had no idea what they were doing and wanted to send Tommy home with just some antibiotics. When they tested him and found out he was FIV+, they wanted to put him down.

The people who rescued Tommy reached out to Milo's Sanctuary and they immediately jumped into action, getting a hold of the woman who had rescued him and having her rush him to the vet. Thomas was at the vet for over a month on antibiotics, pain medications, and sugar bandages t help the wound heal and granulate. Then he went to a surgical specialist who did an amazing job with skin graft. Through i tall, Tommy was so brave and purred and kissed the people taking care of him. After his skin graft, there was more hospital time. Finaally, Tommy was able to go to his Lifetime Care Foster home where he continues to heal and gets lots of love and attention.
Tommy has ongoing issues with his one eye and has not yet fully healed from his skin graft, but every day he is making progress!
OUR COMMUNITY EVENTS & ADOPTED PETS!
Learn more about the community events we host and sponsor in NELA and check out the adopted pets that found their furever home through our Homes Fur All Program!